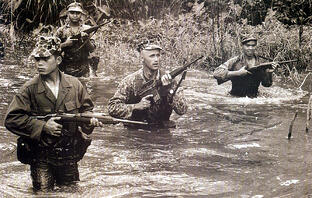 The AR-15 design was originally invented in the years following World War II as a direct response to the evolving needs of infantry soldiers. The Operations Research Office of the Army had determined that they needed a low recoil firearm which would have a decent capacity to fire small projectiles.

The Winchester Repeating Arms Company, the Springfield Armory, and ArmaLite all developed prototype firearms, with ArmaLite’s offering being the now-famous AR-15 rifle.

One of the biggest benefits of owning an AR-15 is that the rifle can quite literally grow with you over the years. With a huge array of conversion kits and components available you can customize the rifle in virtually any way you wish. From .223 Remington and 5.56x45mm rounds (the two ‘standard’ ammunition sizes), to 6.8 SPC rounds, or even .22LR; the AR-15 can fire an incredibly wide variety of rounds. Whether you are a hunter, a target marksman, or interested in home protection, you will be able to find a round that fits your needs.

There are many different barrel lengths available with the 16 inch government profile being the most popular. There are 14 inch and shorter barrels but they must have a permanently attached muzzle device to bring the length back up to a legal 16 inch minimum. Maneuverability is the key trade-off when a longer-heavier barrel is chosen. Available in lengths up to 24 inches, longer barrels are generally more accurate but also more cumbersome.

While technically Colt Firearms owns the trademark on calling their products “AR 15” rifles, there are a wide variety of manufacturers who produce models colloquially known as AR-15 firearms. However, most of Colt’s products are manufactured for right-handed shooters; this is a real problem for left-handed marksmen and hunters. When left-handed shooters shoot a right hand rifle the empty brass cartridge flies across their face when being ejected from the firearm. These enthusiasts usually look at the models produced by Stag Arms instead, who is known for producing the highest quality left-handed AR-15 rifles. 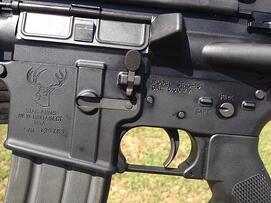 The Most Popular for a Good Reason

The AR-15 models have proven to be the most popular for several good reasons:

With such a long list of advantages, and such wide versatility, the AR-15 is an excellent selection if you are looking to purchase a rifle, whatever your purpose may be.