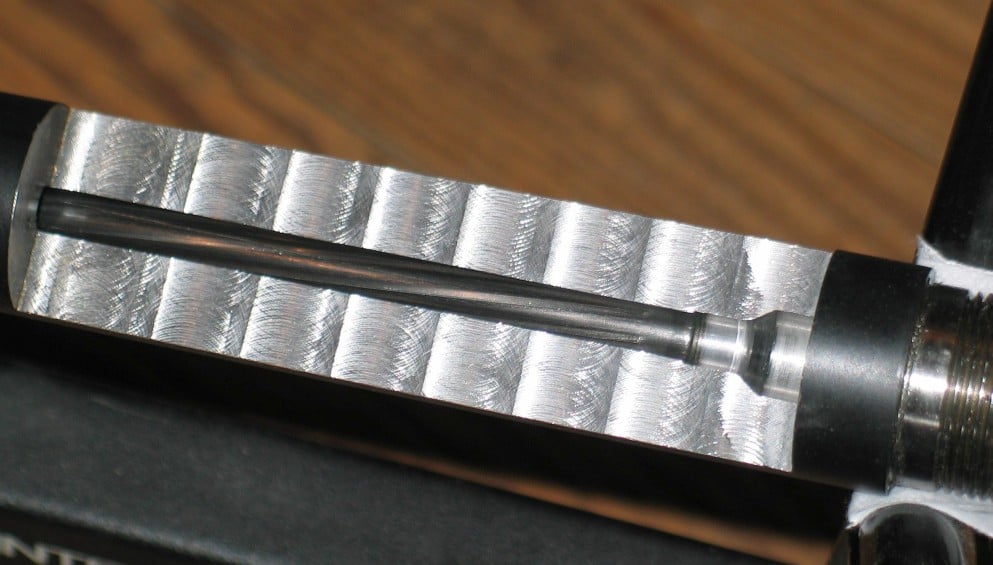 All modern day rifles have “lands,” which are the raised portions, and “grooves,” which are the valleys between the lands inside the barrel. These lands and grooves move down the barrel in a spiral fashion which is known as “rifling.”

The rifling imparts a spin on the bullet as it travels down the barrel causing it to have a straighter trajectory after exiting. It’s the same reason a football quarterback puts a spin on the football when throwing it.