Left or Right? 4 Steps to Test Your Eye Dominance 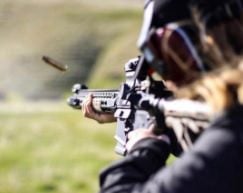 Often, we start out in this sport by shooting the way we see the most popular shooters doing it, or by following how we’re shown in a permit certification and safety course. Most of the time, the ways we learn only focus on shooting with a right-handed firearm.

Since most modern AR-15 rifles are only available in right hand, we figure that we’re supposed to be shooting that way. But what if you’re not right eye dominant? 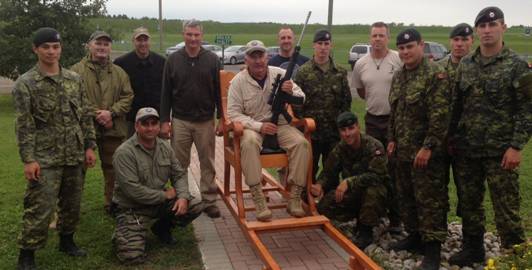 The dealer who sold the rifle to Keith received the letter below and forwarded it to us..


"I recently won the Canadian National Service Rifle Championships with the left handed Stag rifle I purchased from Arms East. This involved a series of 20 matches over 2 ½ days including deliberates, snaps, rapids and run downs at distances of 100, 200, 300, 400 and 500 meters. I have fired over 1000 round through this rifle without a single stoppage. I also used this rifle to win the Operational Shooting Association’s club level SR matches.

I also used it to win the Canadian National 3-Gun Championship. This is a National Service Conditions Championship aggregate of the operational three weapons including pistol, service rifle and sniper rifle. During NSCC I set a new record for the 500 meter stage while using this rifle. I scored a 50.6 in the deliberate, 49.7 in the snap, 47.5 in the rapid and a 50.3 in the 500 to 100 run down – a total of 196.21.

I am particularly enjoying the left hand feature as it is allowing me to adapt better to certain positions. I have enclosed a couple of photos. Please feel free to use my image. Please pass on to Stag Arms my appreciation for a fine rifle!"